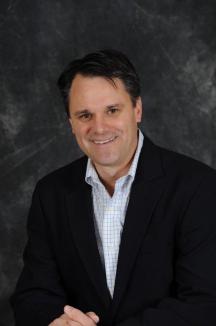 Eric is the founder and president of Elek Wealth Management, LLC, and has been a Registered Representative of Commonwealth Financial Network® (member FINRA/SIPC) since 2001. Prior to joining Commonwealth, Eric was a registered representative with The Advisors Group.

Eric is a CERTIFIED FINANCIAL PLANNER™ professional holding FINRA Series 6, 7, 63, and 65 securities registrations, and is life, health and accident insurance licensed. Eric helps high-net-worth individuals design a financial plan that is tailored to their unique situation while managing investable assets in a broadly diversified manner.

Eric graduated from Texas A&M University with a BS in finance. While at Texas A&M, he was a nationally ranked tennis player on the Aggie tennis team. The relationships that were initially created at A&M gave Eric the opportunity to build a strong client base in Texas to complement his Western Pennsylvania client base. Along with tennis, Eric and his wife, Elizabeth, and son, Henrik, love to explore the great outdoors of Western Pennsylvania, with their primary residence in Ligonier. Elizabeth and Henrik also enjoy the opportunities to accompany Eric on his regularly scheduled trips to Texas to visit friends and family.

Holly started a 35-year banking career with Mellon Bank in 1976. She moved to Ligonier in 1979 to further her banking career and for 20 years worked as a community branch manager for Citizens Bank.

In the three years prior to joining Elek Wealth Management in 2015, Holly was the Executive Director of the Ligonier Valley Chamber of Commerce serving as a representative of the community. An advocate for the Chamber, Holly planned and implemented many events that Ligonier is known and loved for. Before being appointed Executive Director, Holly sat on the Chamber’s Board of Directors.

Holly and her husband, Jerry, live in Ligonier Township. Holly’s son, Nash Paulin and Grandson, Lincoln, reside nearby. She enjoys spending time with her family at their camp in Jefferson County.